Who determines what is beneficial?

This is the sort of question that cannot be answered in isolation from context, so I will provide a personal example here, within the field of art and social engagement. I will also share some of the ideas found in the writings of feminist geographer Doreen Massey, most pronounced in her book For Space. In summary, she views space as the negotiated relations between people, who are in a constant state of shaping one another. Her writings are important regarding beneficence, as she takes into consideration both micro and macro view, as well as humans and nonhumans. So I believe. Inasmuch as there is a self, constituted of temperament, drives (including lack of) perception, experiences and memories, etc., this self makes decisions in terms of preferences constantly. This self is also continually shaped by others (and vice versa,) and must also engage with others, in order to realize what is deemed good. 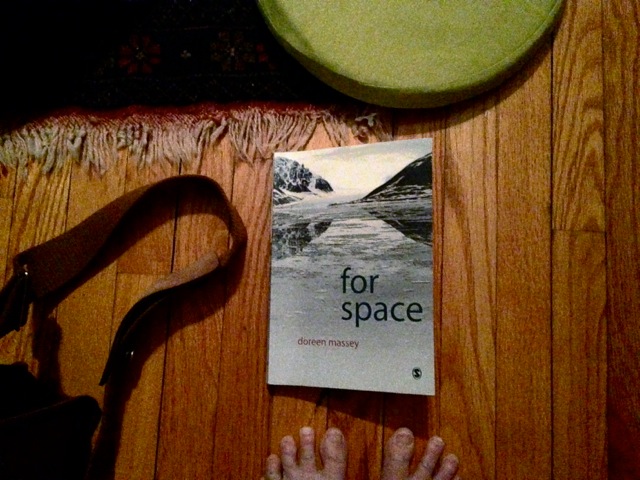 
As for me, I am interested in my immediate environments and the challenge of not taking them as givens, finding ways of sharing them with others––as well as inserting myself into both the private and public sphere of others. One experience, that has informed this worldview, came through joining a community garden next to my apartment, when I moved to NYC in 1996, and learning of the gardeners’ involvement, influence and struggles in their neighborhoods; another impact came through an art project I did at the Edward Hopper House, and realizing that had it not been for locals organizing, there would now be a public parking lot in place of the house. 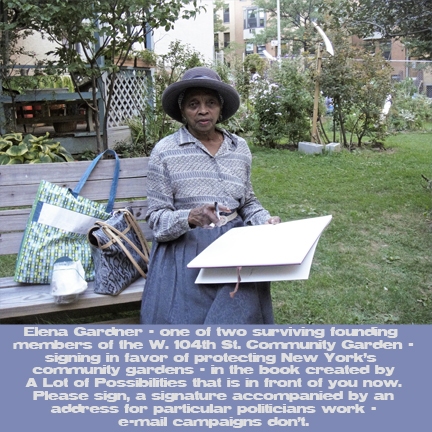 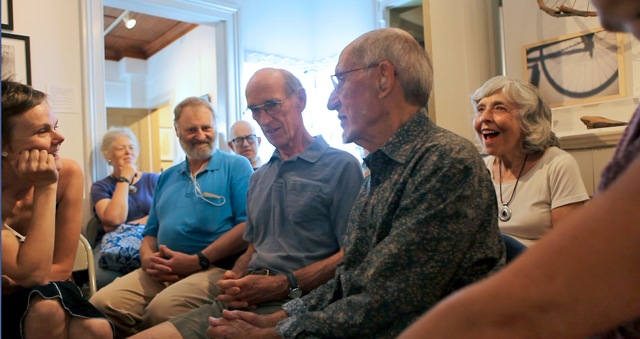 Screenshot from live-streaming at Edward Hopper House, 2011; conversation with some of the Nyack residents who joined forces and prevented the house from being torn down.


I brought these experiences with me to Fjellerup, a small village in a depopulated region of Denmark, where I grew up – “Udkantsdanmark,” meaning fringe Denmark (the country’s population is increasingly clustering in, or around, two cities, Copenhagen and Aarhus––currently Denmark’s biggest problem, according to futurologist Jesper Bo Jensen). Around two years ago, I began to make the first approaches, one person at a time, in involving Fjellerup residents and artist friends in a series of events, with art as a platform to activate sites, bring people together and create a community in the process. Locals organized in support, to provide artist housing, food and materials––even beer tickets for the one bar left in town.

Both asking for, and providing, a variety of resources means negotiation. It is a practice that involves the constant asking for permission––to use an empty store, a path, a ruin, an exhibition place, to move things around, to make changes. Being both somewhat in control while continually at the mercy of others, a balance of power of sorts, while planning and improvising. Inevitably, there are experiences of tension and conflict––regarding communication, information and trust, what Doreen Massey calls the “politics of the negotiations of relations,” which in turn is the “relational politics of the spatial.” [1] Ultimately, it is the addressing of conflict that allows for relations and negotiations to produce Massey’s “open, lively space,” that is able to act as a catalyst for linking beyond one place. This is difficult but worth a try. The result is a process that blurs the boundaries between private property and public space, individual desire and collective action––beneficence.

2013 Fjellerup: Opening of work by Julia Whitney Barnes, in empty, former storefront; the owner, Ghita Rønde Mols Jensen, ran out of money when fixing up floors and handed over keys to Julia for her to do her work, in which she involved, and was assisted by, several residents. Julia’s opening was one of six weekly summer openings, all over the town––the other openings: Norbert Francis Attard, Monica Carrier, Jo Q. Nelson, Christine Sciulli and myself. Cell photo: Anna Lise Jensen.

About the contributor: Anna Lise Jensen is a multidisciplinary artist, combining art-making (mostly photo and text based) with the activation of overlooked sites, through local research and social cooperation. She does this in the city of her residence, New York, and in the depopulated, coastal countryside of Denmark, where she grew up. She holds an MFA in Visual Arts from Hunter College in New York, NY, and an MA in International Relations from University of Chicago, IL. She has exhibited at: A.I.R. Gallery, Flux Factory, Edward Hopper House, New York Center for Book Arts, Denise Bibro Gallery, MCLA Gallery 51, ROCA, Jamaica Center for Arts & Learning and Tina B. Contemporary (Prague) and her work is in the collection of Candida Höfer and Edward Hopper House, Nyack, NY. spaceallover.org