Queens Teens is a paid year-long apprenticeship program run by the Queens Museum that offers local youth opportunities to learn about contemporary art and gain a deep understanding of the inner workings of a cultural institution, while developing their own creative interest and passion for the arts in a community of like-minded peers. The Teens become folded into the many aspects of the institution, including finding ways to be involved in current programming and exhibitions.

As part of Open Engagement 2014 some of Queens Teens worked as reporters, attending sessions and writing reflections. Here are two perspectives on the The Socially Engaged Art Student Summit and the Family Life and Socially Engaged Art Panel by Emily Torres and Aria Shehas. 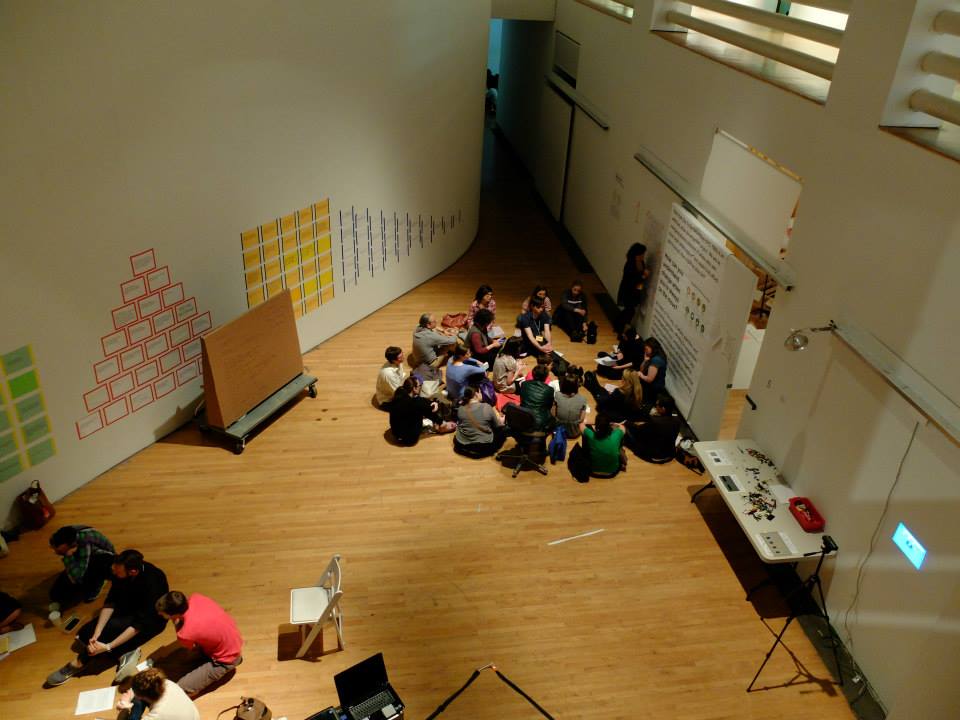 This was the first experience I’ve ever had in a discussion let alone a conference and to be able to be apart of it was amazing in itself. This discussion had been with students from all over to discuss the next generation’s perception of engaging art. There were a bunch of tiles of paper hanging on the wall and they all had to do with something different. They were sectioned off into groups such as “terminology”, “issues”, “identity”, “audiences/collaborators”, and “forms”. They had asked students all over to fill in these categories and they printed them up and hung them. The discussion was more free form, we would go to read some and interact with people who had an interest in a similar idea off of the tile. Some people had some amazing ideas and even showed me some projects they or their friends are working on. There was one lady who took it upon herself to have some examples of her work to self promote in the process of discussion. I got the opportunity to talk to a lot of people in this discussion and I found that I resonate with a lot of these students, especially since I am part of the new generation of engaging art.

They introduced everyone in the beginning.

Most people here are very open and kind after you got to speak to them.

It was a bit hard to start a conversation with some people and I think that’s because I’m very young compared to all of them.

Most people there were college students.

I learned some new art techniques and I even got some advice from some people.

Most people started conversations with me and were surprised that I was a high school student at this event.

There were people from all over the world (ex: Australia, San Francisco, Portland, Texas, Mexico). 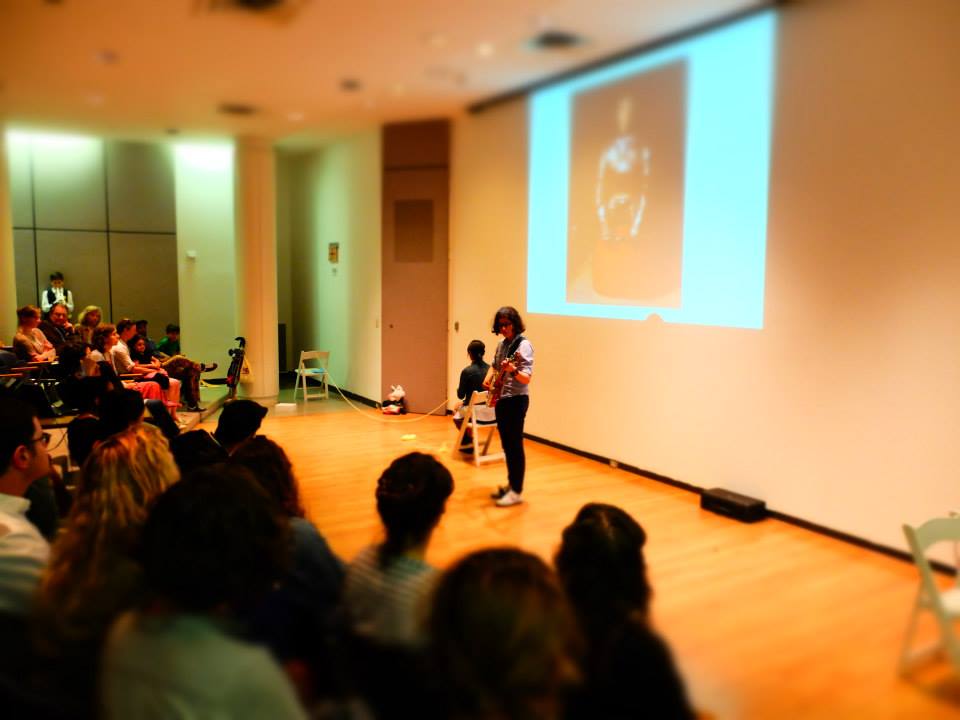 There were a few performances, some were funny.

There was a lot of music being played along with the performances.

There were a lot of messages/ lessons in the conference.

I was able to understand the situation and relate to it.

The audience often reacted to the things talked about during the conference.

It was more about listening at first and then answering one big question at the end about safety.

The topic was very helpful.

It was easy to talk to other people.

There were three panelists in this discussion and I sat in front of some students from the West Coast that I had spoken to during the previous discussion. The first panelist was a father and he brought his family to show how he engaged them and involve them in his career. What I appreciated from them was that with the children’s performances and knowledge, it showed how involved and aware they are of the art community. I wish I had the exposure they have at their age.

The next panelists were two mothers who are the founders of BHAM, which stands for Brooklyn Hi-Art Machine. This is a communal opportunity for the children in the area to come and learn to make all sorts of art projects. I liked their ability to be innovative and active in the community.

The third presenter shared her story of how she had her newborn and was going to a residency in Miami and it turned out to be a very dangerous environment. She explained how she was starting a website to prevent these incidences and asked us what safe means for us and what would a family residency require for it to be safe.

I was discussing the issue with two students I spoke with from the first discussion and they were two young males. None of us had kids and found it to be irrelevant but came up with the idea from a students point of view, as if we were said child and came up with some contributing points. Overall the experience was worth sitting in on but the subject matter had been less relatable.