In order for me to answer this question, I had to add the words “for you” at the end of it because there would be no way I could answer this question theoretically. I really wanted to sound intellectual on this blog. All I can do is to relate my experience with the hopes that it will evoke a feeling or thought in you.

In addition, I never read theory so I can’t write it. I don’t read theory because I can’t use my imagination when I read it. Everything feels so concrete and complicated. When I read from a story, I feel there is space for me to use my imagination and paint a picture of what is being offered. When I was a “contemporary studio artist”, my studio was never used to just produce work. It was used as a social space. The objects I had in my studio, mainly photographs, were used as aids and (pathways to connect people) catalysts for social interactions. I called myself a photographer, but never once did I put a photo on the wall in an exhibition. My photos were always bridges to connect with people. I believe I kept a studio so that social interactions I desired would be accepted. I felt the need to have a studio to validate my practice. Without one I wouldn’t have a practice. 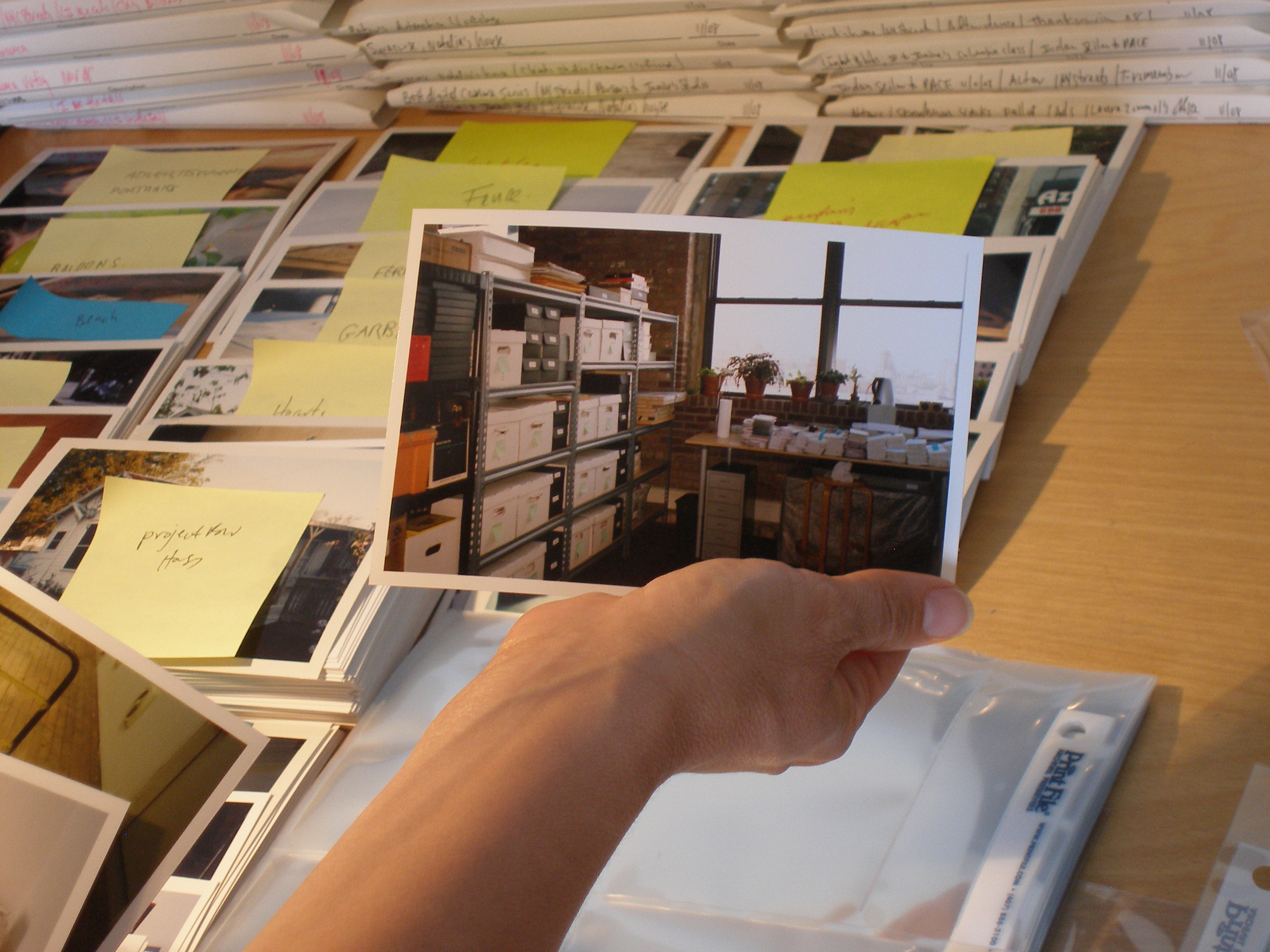 Documentation of a photo of my archive inside my archive.

I felt like an impostor because, while I took very nice photographs, all I wanted to do was take people with me when I photographed, or share stories about my experiences with the photographs.

When the stock market crashed and the NYC gallery shifted a few years back, I secretly felt relief. I no longer had to hold onto the belief that if I got a gallery, I would be accepted as an artist. All of those years I called myself a photographer; I was not just that. I knew this and the gallerists must as have known as well because I never got a gallery. The realization that I may never get a gallery freed me.

Soon after, Listings Project was born and the term “social practice” began to be adopted by many. I have always been a social practice artist, even when I didn’t have the term and called myself a photographer. When the term social practice became common, I felt a second sense of relief. I finally had a space to put myself. I could be packaged! I finally had a community that did what I did too and we could find each other under this umbrella.

As the term began to be more mainstream, many artists who were practicing in this way previously didn’t want to take the term and be boxed in. I feel so happy to be boxed in and belong in this way. I believe I created work originally because I was seeking community. Now with the term “social practice” I could move away from making work to find community and move into making work with community.

In turn, I slowly stepped out of my studio as a place to be social and slowed down taking photographs. I became bolder with my desires to be in and create community. My “contemporary studio practice” morphed into producing projects on the street, online, in storefronts, on billboards, as retreats, as newspapers, in dance, and more.

I am not willing to declare one aspect of creating art as more or less relevant than another. I see them both as co-generative and connected to the other, connected to all other art forms in various ways. Categories are important because they serve as a container to work within, rebel against or move between. 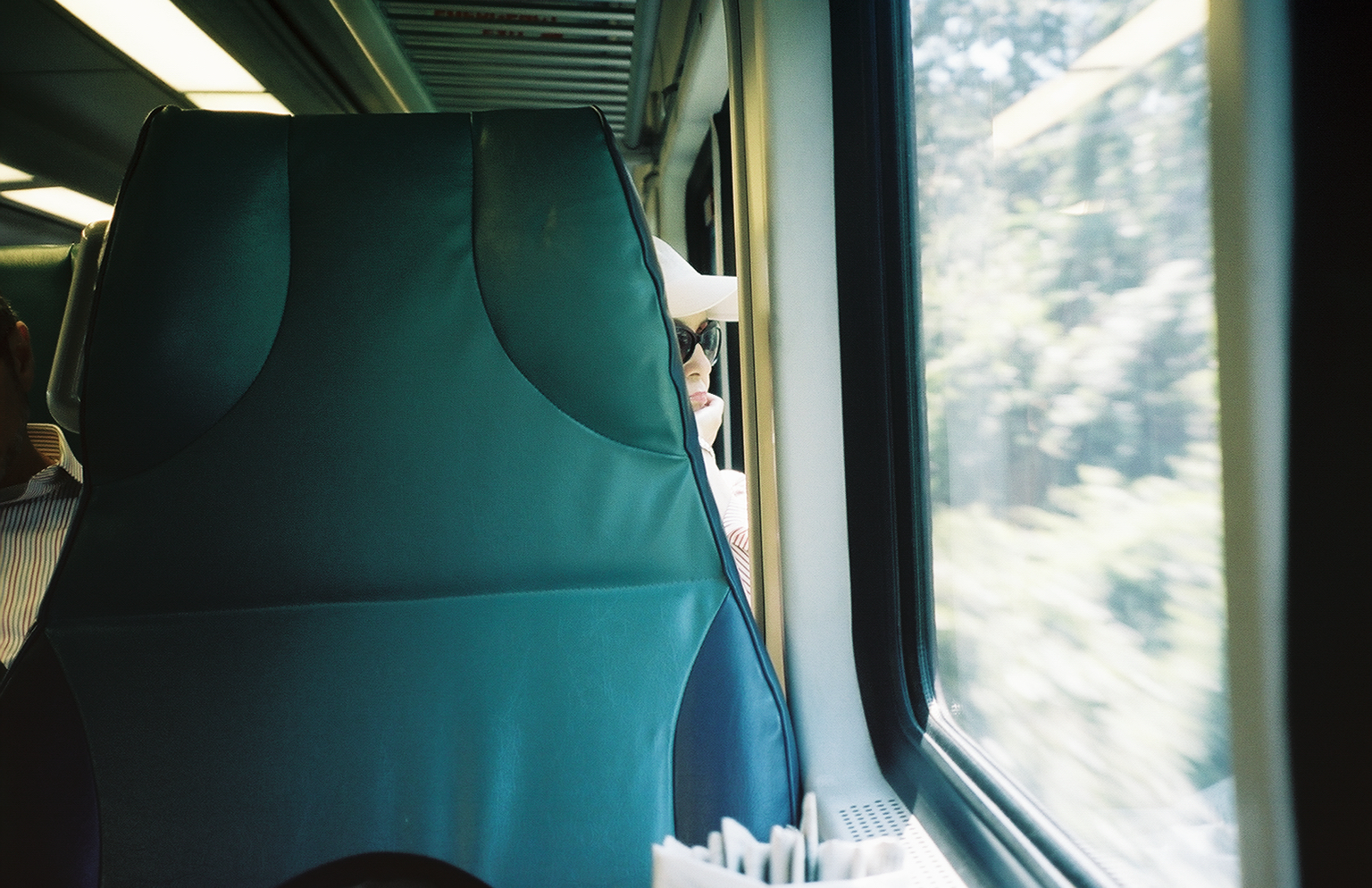 Finally, what about the spaces in between? Most of us get our ideas randomly and the creative process begins here. For me I currently get most of my ideas when I am nursing my baby, showering or riding the train. None of these spaces would constitute a studio but the ideas birthed there manifest as both studio art and social practice.

I am grateful for them all.

About the contributor: Stephanie Diamond is a New York City based social practice artist. Her work ensures that humans take care of themselves as individuals within a public. Her projects explore self-care, personal practice and individual awareness as a catalyst for being of service to communities. She runs Listings Project, her free weekly email of real estate and opportunities listings serving artists, creative communities and beyond. She is currently collaborating with Tamara Vanderwal, a Child Psychiatrist, on a project for MoMA Studio: Breathe With Me, opening on May 16th from 3 – 6 as part of Open Engagement: Open Houses.  Stephanie draws on her past experience as the Director of Education and Community Relations at MoMA/P.S.1 and at Socrates Sculpture Park.  Stephanie has held teaching positions in the Art Departments at Parsons and PACE University has lectured at colleges and universities throughout the country. Select exhibitions include: MASS MoCA, MoMA/P.S. 1, MoMA Studio, Studio Museum in Harlem, Queens Museum, Bronx Museum of the Arts, New York Historical Society, Katonah Museum, Project Row Houses, Contemporary Art Center (Vilnius, Lithuania). stephaniediamond.com