Who/what am I responsible to? 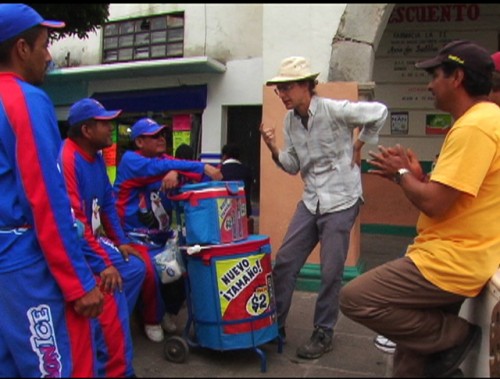 This “I” is probably a socially engaged artist. I am guessing they’ve made some errors-of-responsibility in the past. Their intentions were good (they’re the type that worries about responsibility) but nevertheless they alienated people, heard murmurings, and damaged their conscience. And they would like to avoid that happening again. Alternatively, the asker could be a character who simply wants to make the point that practices in the social sphere inherently involve being responsible. They may sense that this idea had been forgotten.

Either way, the question is helpful in one sense because it focuses what might be seen as the general ethical imperative of socially engaged art into a problem of multiple accountabilities. Who should we listen to when there are conflicts of interest within a project-based work? A list of forces compelling an active response might include: 1. Collaborating individuals with emotions 2. Representatives of interest groups who have stakes in the outcome 3. The professional code or academic discourse of the disciplines within which an artist is dabbling 4. The ethical or aesthetic marketplace (was the description of the work grantable or will it result in something archive-worthy?) 5. The perceived desires of audiences (do they want to laugh? Cry? Get splashed in the face with a cold bucket of reality?) 6. The artist’s image of self and beliefs. 7. The political movements with which the artist sympathizes etc.

The question looks toward forces that tend to act on the conscience of an artist (in this equation, even the self is posed as an outside actor to which the artist must be responsible). My opinion is that creating a definitive/exhaustive list might not be a good idea. It may help us feel that we have “covered our bases”, yet there is a good possibility that it would inadvertently ignore important parties that are invisible at the current moment. Can’t an artist be receptive to new responsibilities as they arise?

Sometimes being responsible means responding to the loudest voices, sometimes it means searching out the quieter ones, doing research to find out who is involved. I would suggest a method in which one attempts to begin with a lack of responsibility. Then, when a point of tension, or a clash of expectations emerges, to examine the issue from multiple perspectives. Consider following that tension to some sort of logical conclusion. Just remember to do it responsibly.

About the contributor: Dillon de Give is an artist and educator.