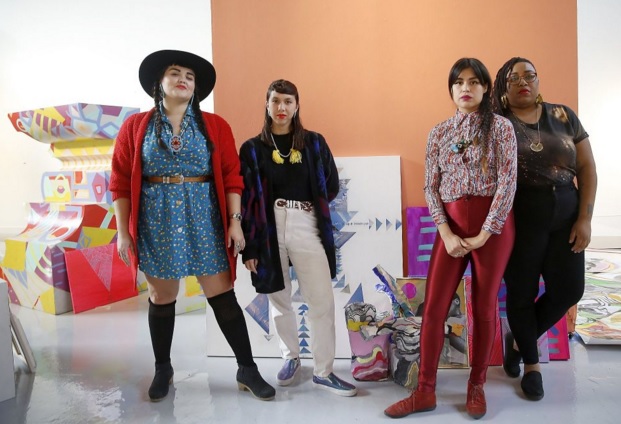 Grab your lunch and head just around the corner from OMCA to learn hear from Open Engagement / Real Time and Space Artists in Residence Black Salt Collective. As a group, Black Salt Collective has shown at Artists’ Television Access, CalArts, The San Francisco Public Library as part of the RADAR series, MIX Festival, Outsider Festival, and Glitch Festival Australia. Black Salt Collective was also a recipient of an Alternative Exposure grant from San Francisco’s Southern Exposure in 2013 and nominated for a curatorial residency at SOMArts in 2014. The Collective‘s proposal was selected and opened in January 2016 in SOMArt’s Main Gallery. The exhibition “Visions into Infinite Archives” featured 30 intergenerational artists and filmmakers of color creating a boundless and liminal archive. Currently, the collective is working on a book to be released in 2017 through Wolfman Books, Oakland.