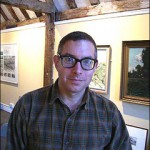 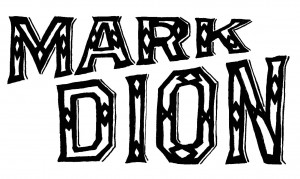 Mark Dion is an American artist who metamorphoses into an ecologist, biochemist, detective, and archaeologist. In his gallery installations around Europe and America since the 1980s, Dion has constructed the laboratories, experiments, and museum caches of the great historical naturalists-following in their footsteps in his own adventurous, eco-inspired journeys to the tropics. Dion crosses Darwin, Disney, and Hitchcock in work ranging from hundreds of photographic “specimens” documenting all the insect life in a single meter of meadow, to the meticulous gathering and labeling of the rubbish tossed out over hundreds of years from a sixteenth-century Italian castle. His research and magical collections are presented in installational still lifes, which combine taxidermic animals, lab equipment, and artifacts-like walk-through wunderkammers, life-sized cabinets of curiosity. The artist is creating a permanent garden in Britain, an orchard of fruits facing extinction planted in the form of a tree of life-a sculptural gene pool for the future. 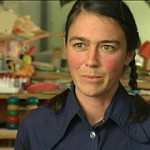 Amy Franceschini is an artist and designer living in San Francisco, CA. An overarching theme in her work is a perceived conflict between humans and nature. She creates websites, installations and public programs that provide platforms to collectively question or challenge this divide.  In 1995, Amy founded Futurefarmers, an international collective of artists and designers. Futurefarmers hosts an artist in residency that has hosted over 22 artists from 12 countries and forms the basis of a distributed network of artists who make up the collective. In 2004, she co-founded Free Soil, an international collective of artists, activists, researchers, and gardeners who work together to propose alternatives to the social, political and environmental organization of space. Her individual and collaborative work has been exhibited internationally at the Zentrum Kunst Media in Karsruh Germany, Whitney Museum of Art, the New York Museum of Modern Art, San Francisco Museum of Modern Art, the Cooper Hewitt National Design Museum. She has received numerous awards including the SFMOMA Seca Award, Artadia Award, Eureka Fellowship, Creative Capital and is recently the recipient of  a Graham Foundation and Art Matters grant. She received her BFA from San Francisco State University and her MFA from Stanford University. Amy is a professor of Art + Architecture at the University of San Francisco and a visiting faculty in the graduate program at the California College of the Arts. 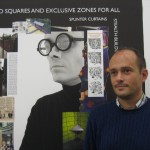 Nils Norman is an artist living and working in London. His work address topics such as Utopia, urban gardening, alternative energy systems, city regeneration strategies, experimental city design and bohemia. He is developing an interdisciplinary pedagogical model called the Exploding School. From 2007 he has run the Exploding School as part of the School of Walls and Space at the Royal Danish Academies of the Visual Arts, Copenhagen, Denmark. The Department is led by Nils Norman.