“Can the audience create itself?”  – Open Engagement 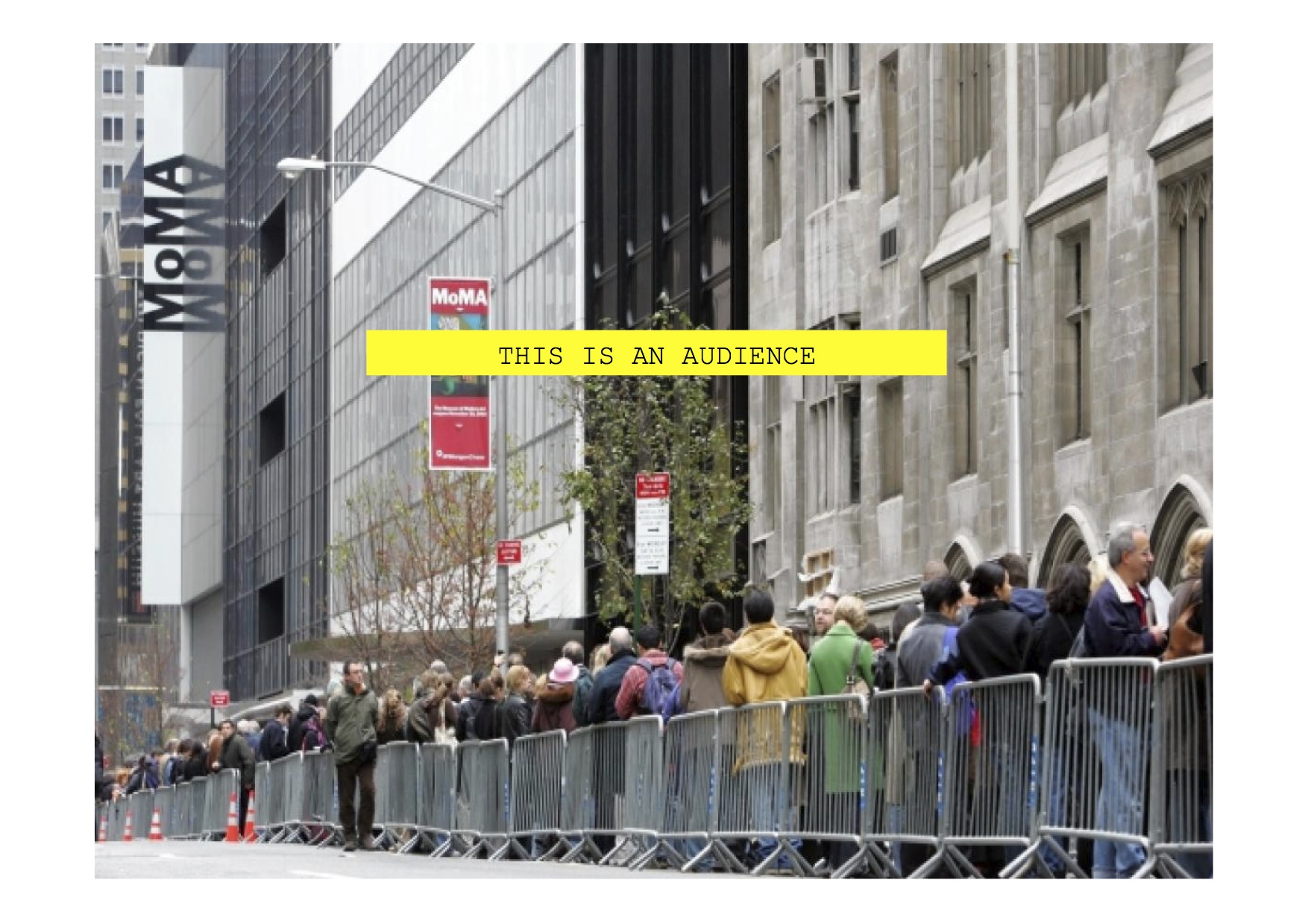 We are no longer on speaking terms, Adeola Enigbokan (2014).

To call an “audience” is to create a situation in which others must observe you, indulge you, hear you out. It is primarily a situation in which they may judge the veracity, earnestness or worth of your speech or presentation. As an event, the audience requires time and the ability to hear. Mark Antony’s cry, “Friends, Romans, countrymen, lend me your ears!” in Shakespeare’s Julius Caesar, enshrines the sacredness of the call to listen. In this speech, given at Caesar’s funeral, Antony rouses the mob (in the play), and the crowd (in the theater), turning their hearts once and for all to the service of himself and Caesar. With the help of a few precious objects––Caesar’s last will and testament and the martyr’s bloody corpse––a self-deprecating Antony tenderly strokes borrowed ears, using his audience with the crowd to discredit Caesar’s killers: A pure seduction, which reinforces the power of the state. (The trick is, once you borrow the ears, you never, ever give them back.) Now that’s what you call an audience!

To summarize: No dead Caesar, no funeral. No funeral, no place of gathering. No gathering, no opportunity to be heard. No skilled seducer, no call to the crowd. No call to the crowd, no audience. No convinced audience, no state, no play, no art. I hope that by now you see that an audience does not make itself, nor should it.

I sense that your question is asked in the spirit of moving beyond the restrictive habits that govern the presentation of art to the world. But to ask the audience to create itself is akin to asking people to simply seduce themselves, and what would be the point of that? Seduction has little to do with freedom, or emancipation. The desire to indulge political fantasies––for masses to enrapture themselves in teleologies of their own making––is not at the core of decent social relations.

Upon finding myself caught in an audience, how do I listen fully and then extricate myself, ears intact?

If I no longer find myself part of art’s intended audience (and I don’t), how else might I relate to other people who also care about making and experiencing art?

It could be that your question is pointing us towards a time in which we who care about art no longer want to be entertained, titillated and seduced. I certainly hope so.

Her project, “Art Under Construction: Working at the New Queens Museum” will premiere at Open Engagement on May 16, 2014, 4 – 5 PM.